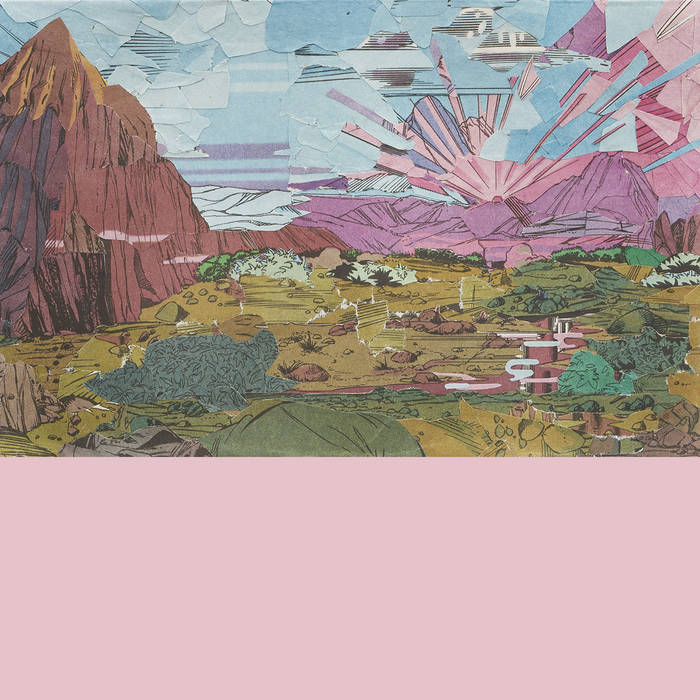 With the end of this strange year fast approaching, the Full Spectrum family is kicking off a trio of killer editions featuring both label newcomers and veterans. This month, we are excited to present a towering collection of works from the duo of Sally Decker and Brendan Glasson entitled, An Opening.

The duo started collaborating in loose ensembles with other artists in the Bay Area, but their more focused creative efforts didn’t begin to take shape until they were invited by composer Chris Brown to record a piece for a curated series at San Francisco’s Center for New Music. Sally’s homemade network of electronic feedback loops and oscillators presented a natural counterpoint to Brendan’s infatuation with organs and slow, open melodies; but they hadn’t ever spent time formally integrating these constituent components.

For several weeks the pair convened and made sounds together in a rooftop room in Sally’s house that featured windows on all sides. These sessions gave rise to an intuitive working process that was more a harmony of forces than of tones – energetic vs. subdued, strong vs. weak, steady vs. chaotic. Eventually, the sprawling aural chasms of a-side track took form. They managed to present the piece in concert at the Center for New Music (from which the recording takes its name), but the onset of the COVID pandemic and lockdown forced them into a totally different sort of creative exchange.

No longer able to work together in person, they began writing loose conceptual scores for one another. One of them would generate a series of “prompts” each week and the other had to interpret them, record them, and send back responses in the form of audio files. It was agreed that the prompts could be anything at all: notated music, a text score, an image, a sound, etc. The pair did this back-and-forth for many weeks. When enough material had been generated, they edited it down to the length of this tape. The b-side suite is thus informally called “A Response.”

It’s a rather poetic end result – while the a-side came from a process of extensive in-person experimentation with sound, rich with the particular immediacy that improvising brings to a music-making process, the material made during shelter-in-place came from a very different relational process. While its roots were still in the collaborative dynamics the duo cultivated in person, now the “presence” of the other had to be found and felt within the scores themselves. One person’s prompt turned into the other person’s sonic form. Taking direction from the other influenced new ways to stretch and grow outside of their usual methods and approaches. Rather than the co-creation of making music live together, the work came from a more straightforward and methodical process of each person both directing the work, but also having to yield some agency. In this sense the conversation continued, leading to new openings.

An Opening recorded live at Center for New Music, San Francisco, June 15, 2019. All other works recorded March-July 2020 in Oakland, CA.