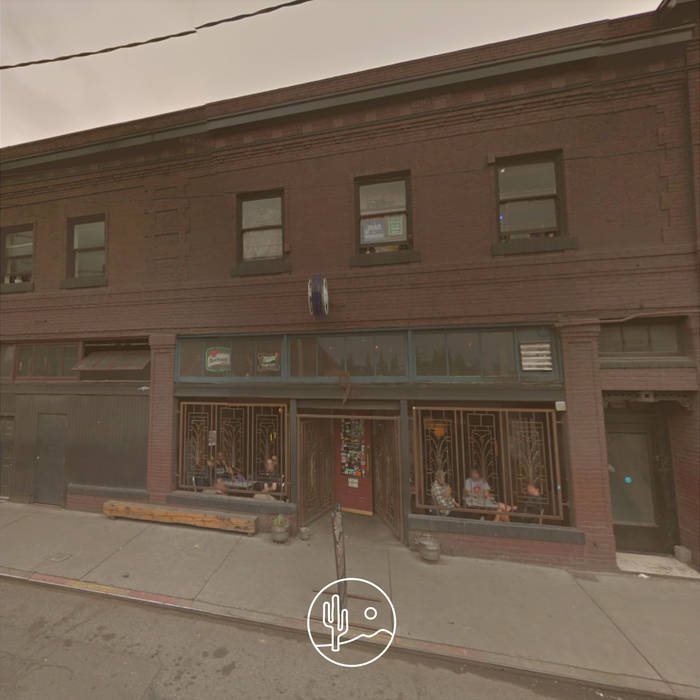 Full Spectrum Records is back with a fresh entry in our ongoing Editions Littlefield series that we are truly honored to release. Georgetown Archive presents a modest, yet deep as hell, compilation of session recordings from the sadly truncated creative partnership between Seattle’s late, great free music legend Paul Hoskin and erstwhile Seattle experimentalist Cody Yantis, who now resides in Denver, Colorado.

They made an odd pairing, to be sure, but the blasted sonic freak outs that comprise Georgetown Archive are proof positive that these musicians played directly to each others’ strengths, generating a whole greater than the sum of its parts. After an initial meeting through mutual friends around 2008, their friendship settled into an infrequent cadence of drinking IPAs, discussing art and occasionally collaborating in a live setting. It wasn’t until Cody and his partner began to plan their move to Denver that they would finally convene for a proper recording session.

So – in South Seattle in October 2010, Paul brought his baritone sax and contrabass clarinet over to Cody’s house and they made the recordings that we are so privileged to share with you today, nearly a full decade after the fact. The music on display is raw, powerful and physical, highlighting each artist’s ability to push their chosen instrument to its absolute limits. Paul’s presence looms over these sessions like a demon, moving in and out of the shadowy spaces between Cody’s kinetic guitar improvisations with preternatural force and agility.

To round out the set, we have also included a live recording of the duo performing live at Gallery 1412 in January 2012, captured by our good friend Seth Chrisman’s Zoom digital audio recorder.

Paul Hoskin represented a singular voice in our little corner of the music world and he was very much a friend of the Full Spectrum family. Over the years many of our label artists enjoyed the privilege of performing with him at venues in and around Seattle. He is missed, but we are humbled to share this tiny piece of his legacy with you today.

Thanks to Andrew, Gretchen, Martin, Seth, and Tiffany. Special gratitude to David Hoskin.

In memory of Paul Hoskin