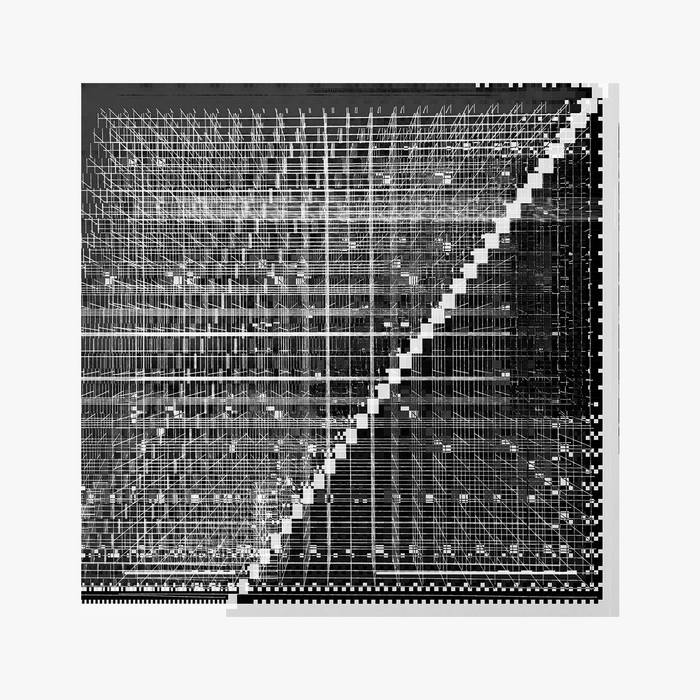 ‘Mahamudra’ – rough translation: “great gesture” – was created in Portland, OR primarily in 2013 and 2014. It was intended to present a shift away from the more esoteric drone music Sun Hammer had primarily created for the previous few years into a more expansive synthesis of tastes and influences. Taking cues from drone, as well as hip-hop, techno, plunderphonics, glitch, post-dubstep mutations and process-based experimental music, MAHAMUDRA aims to present something more broadly accessible to fans of electronic music as a sort of magnum opus for the Sun Hammer identity.

The first Sun Hammer release to incorporate elements from his ever-growing personal library of daily musical exercises – a practice which the artist has diligently kept up since 2012 – MAHAMUDRA acts as a master class in modern electronic music production technique. Ever the engineer, Sun Hammer drew on his considerable expertise and knowledge to craft these 12 tracks: drum programming, odd time-signatures, FM, granular and additive synthesis, data-to-sound transformation algorithms, graphic scores, randomized processes, multi-generational sampling, vocoder, auto-tune, breakbeats, trap-style beat tags and more. The end result is a sprawling collection of rhythmic sculptures that calls to mind any number of reference points, while still forcefully asserting an identity and aesthetic all its own.

In 2015, after a long delay, the album was mixed by Sun Hammer with Chris Koltay at High Bias Recordings studio in Detroit MI. Software used was Ableton Live and Max / MSP, along with piano, voice and field recordings captured on iPhone.